Supplier improvement and qualification
In order to facilitate the production of complex components for a Fortune 100 client, since an adequate supplier didn’t exist, The ABC Group successfully assisted an existing supplier in becoming more reliable and technologically advanced in order to handle the demand and manufacture a quality product.

Finding the right market for a niche product

After thorough analysis, The ABC Group advised its client to alter its manufacturing process in order to produce a specific item that was difficult to make but offered the greatest return. By transferring their entire manufacturing process to a different supplier, where ABC’s China-based staff provided continual on-site monitoring, the client experienced significant savings, and increased margins and market share.

When a large equipment manufacturer of OEM parts experienced serious quality issues prior to the extended Chinese holiday, The ABC Group sprung into action, arranging immediate travel plans and accommodations. By negotiating with plant management, our staff was able to allow the client’s engineers access to their facility to get the problems resolved quickly, saving weeks of downtime.

Finding a qualified supplier for new business in China

In order to assist an established U.S. manufacturer in increasing their bottled-neck supply chain, The ABC Group performed its multiphase vetting process to find the right supply partner for its client. This resulted in an immediate 10%-25% cost reduction, and the ability to leverage its newly formed Chinese relationships against its North American and European suppliers for better pricing from them as well.

Not knowing who to trust, this client approached The ABC Group for its expertise on the ground in China. Through a comprehensive analysis of suppliers who had, or could potentially, perform IP infringement, ABC weeded-out a number of suppliers to arrive at the one who would eventually offer the client a 50% cost reduction over its current structure while never committing a case of infringement over their 10-year partnership.

By restructuring the client’s existing supply chain and monitoring production, The ABC Group collaborated with the client to develop Terms and Conditions to hold the suppliers accountable for late shipments and rejected goods. Streamlining suppliers and their operations, we effectively assisted the client in protecting their position in the marketplace, helping them distribute in a far timelier manner.

Attending a tradeshow for the hospitality industry, The ABC Group sought a replacement for its client’s current German-based supplier. Finally narrowing down the search to six facilities with the engineering capabilities to handle the demand for this product, ABC eventually found a solution for its client. It resulted in early brand recognition in the region, Chinese sourcing for 30% of its components and a business relationship with us that continues to flourish, over 10 years later.
For more information on these case studies, download the PDF here. 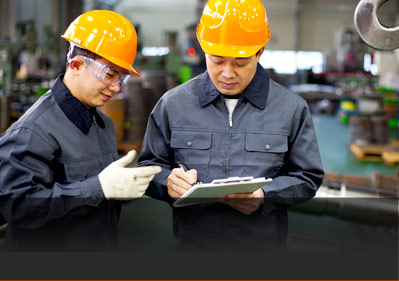 Our leadership team on both continents has years of invaluable experience, on the ground in both the U.S. and Chinese markets …

For a brief analysis of what The ABC Group can do for your business, please make a Request for Quotation and we will contact you shortly.